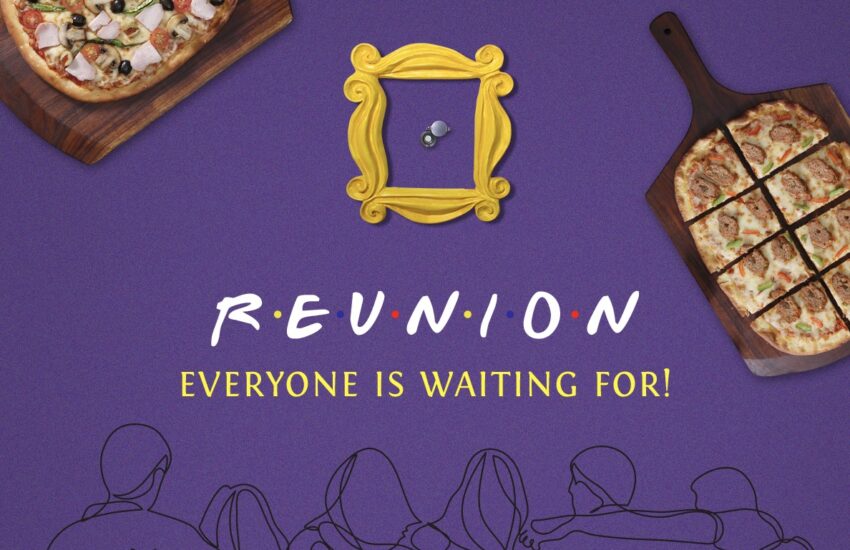 After people waited for 17 years, 27th May brought with itself a different emotion as the world grooved to ‘I’ll be there for you’ again, along with the cast of the sitcom, F.R.I.E.N.D.S. The reunion aired across different countries, hitting the peak of nostalgia for every fan in every part of the world. With references to whether Ross and Rachel were on a break to how Chandler’s job was not actually to be a ‘Transponstor’, the reunion touched upon every sentiment possible, making people relive their favorite moments.
While the debate surrounding “We Were On A Break” is never ending, brands most certainly did not take a break from tapping on this opportunity to come up with their creative sides and take people back on this unforgettable journey.

What’s better than a cup of delicious ice cream while watching your all-time favourite TV show’s reunion special? Cold Stone Creamery India came up with a contest for their customers, asking them to tag their close friends whose characters resembles the characters in the F.R.I.E.N.D.S series. The contest received an amazing response and gift vouchers were distributed to the selected winners. Galitos and YOYOSO also came up with interesting contests for customers and gave gift vouchers to the lucky ones. The popular brand Bloomsbury’s shared a special post celebrating the reunion of six friends. The comments section of the post was filled up with love and the rain of heart emojis clearly reflects that.

The F.R.I.E.N.D.S reunion, which was announced last year, has been a much-talked about topic for the longest time. It is streaming on OTT platforms HBOMax and Zee5.